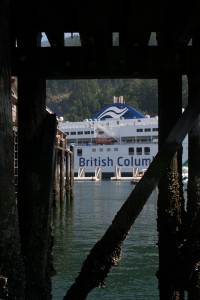 Those who have followed my occasional series “The First Sentence I Wrote Today,” a.k.a. on Twitter as TFSIWT, will know that I have been working, interminably, on a young adult fantasy novel called Blue Fire. I’ve written it. I’ve re-written it. I’ve re-re-written it. It first came in at a ridiculous length, so I chopped 30 or 40,000 words out of it. Now I’m on the final pass through it before submitting it (there’s an editor interested in taking a look, but only when it’s complete). And I’m desperately trying to get it out of my hair so I can focus on other projects with looming deadlines (hi, Magebane!).

So, this is short. Today is all about Blue Fire. With any luck, I may finish it up today.

Just for fun, though, here’s the opening of Blue Fire as it currently stands:

The night dripped, and Petra dripped with it.

Water poured off his steel helmet and down the back of his neck. His blue woolen cloak hung heavy as lead from his mail-clad shoulders. His boots squelched with every step and his damp leather trousers chafed his thighs.

Despite his gloves, his fingers had gone numb on his third circuit of the Fire Curtain surrounding the Grand Temple of Vekk–and he was currently completing his fourteenth.

They’d be warm if I could wrap them around Cort’s neck, he thought. His roommate and fellow Priest-Apprentice had gotten him into this mess by trying to smuggle a girl into the Temple. Cort had promised the girl he’d “show her the sights of the Temple.” But one of the Temple gate guards had seen a bare foot protruding from under the cabbages Cort and Petra had been sent to the market to fetch, and so…

…so, here Petra was, cold, wet and miserable. He’d originally thought a week of midnight guard duty was better than the week of kitchen drudgery to which Cort had been sentenced. But Cort was warm and dry in his bed right now. And probably laughing at me, Petra thought gloomily.

He swiped his sodden arm across his runny nose, turned the corner to start his trek down the backside of the Temple for the fifteenth time…and stopped.

The Temple’s stone wall, black and blank, loomed to his left. From high above flashes like distant lightning occasionally lit the gloom, stray bits of the mystical Blue Fire that poured from the Temple Spire into the magical Hearths all around City Primaxis, which in turn poured Blue Fire into sparkglobes for light and stoves for cooking and heat.

To his right ran the Curtain, shimmering blue like an aurora brought to earth, interrupted every twenty feet by a thick square post of black wood. Each post bore, on the side facing the Temple, a magical sigil, a complex symbol laboriously carved by hand, then filled with molten gold.

A crosspiece topped each post, and from each end of the crosspieces, one inside and one outside the Curtain, hung sparkglobes, glass spheres containing bright fluttering tongues of Blue Fire.

In the rain, the sparkglobes quickly devolved into a double row of misty blobs as they marched away from Petra down the two-hundred-yard length of the Temple’s backside…a double row interrupted, two-thirds of the way down, by a patch of darkness…

It is my sincerest hope you may one day get to read the rest. But first, I’ve got to finish it!

Permanent link to this article: https://edwardwillett.com/2011/02/blue-fire-or-bust/