The Space-Time Continuum: Where do you get your ideas? 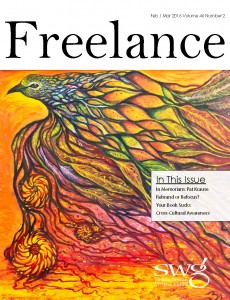 Also, “Where do you get your ideas” is a question writers get asked all the time.

I can’t answer for other authors, but I can look at the stories I’ve written over the years and see some broad outlines of how I come up with ideas…which might be of use to you, too.

In general, my initial ideas line up (as you might expect) with one of the three basic elements of a story: setting, character, and plot.

One of the challenges of writing a regular column (as I know from long experience, since I wrote a weekly newspaper column for many years) is coming up with ideas. Oddly enough, that’s also one of the perceived challenges of writing fiction: coming up with ideas, and thus, “Where do you get your ideas?” is a question writers get asked all the time.

I can’t answer for other authors, but I can look at the stories I’ve written over the years and see some broad outlines of how I come up with ideas.

In general, my initial ideas line up (as you might expect) with one of the three basic elements of a story: setting, character, and plot.

Many of my stories were inspired by settings. My first published novel, Soulworm, was inspired by South Hill in Weyburn. I was driving through town, looking up at the hill (marked by the iconic old water-tower-that-looks-like-a-lighthouse), and thought, “Wouldn’t that be a great place for a castle?”

Song of the Sword, first novel in my YA fantasy series The Shards of Excalibur (Coteau Books) was inspired by mist on Wascana Lake. I was walking around the lake, thinking how when mist hid the far side, you could imagine anything at all in the lake…and I imagined The Lady of the Lake from the legends of King Arthur.

The Cityborn, the science fiction novel I just submitted to my New York publisher, DAW Books, began with an image of a setting: a huge futuristic city squatting like a giant beast above a canyon, a city which has been there so long the canyon is full to the brim with the rubbish of centuries.

Sometimes, it’s a character that steps into the spotlight first. In Spirit Singer, it was the image of a teenage girl leading a lonely life in a castle that started the ball rolling. My short story “Je Me Souviens” (which you can read in its entirety at the link) was inspired by the image of an elderly priest maintaining a long-forgotten shrine. My Aurora Award-winning novel Marseguro began with a single sentence (in a workshop conducted by Robert J. Sawyer at the Banff Centre) that introduced a gilled girl with violet hair, swimming through bloody water.

Sometimes, it all starts with plot: my YA science fiction novel Andy Nebula: Interstellar Rock Star began with the collision of two things: an exhibit on memory at the Saskatchewan Science Centre (where I was then communications officer) and a news item about teen girls who became one-hit pop stars in Japan and were then washed up at the age of 16.  Sequels, of course, are all about plot: they simply continue the story begun in the previous book.

Of course, it’s one thing to have an idea, whether it comes in the form of a character, a setting, or a plot point, but another to develop a story from that idea. So what’s the next step?

For me, it’s a matter of asking questions. For Marseguro: why is there blood in the water? Why does this girl have gills? For “Je Me Souviens”: Where is this long-forgotten shrine? Why has it been forgotten? And why does this priest stay there when everyone else has forgotten about it?

Every question leads to more questions. Why is the Lady of the Lake in Wascana Lake? What does she want? Clearly she’s there to talk to someone. Who? (Here come Ariane and Wally, my teen protagonists.) A protagonist needs an antagonist. Who would be hurt if the protagonists succeed?

Question after question. Some I answer before I start writing; others are answered ruing the course of writing, because the question only arises during the writing.

Ultimately, asking a writer “where do you get your ideas?” is the same thing as asking “how do you write?” Writing is nothing but coming up with ideas. Sentence after sentence, paragraph after paragraph, chapter after chapter.

You might think of the ability to generate ideas as a kind of writerly muscle. Just as you can build a physical muscle through exercise, so you can build the storytelling muscle—the idea generation muscle—by exercise. Read, read, read, write write write.

Permanent link to this article: https://edwardwillett.com/2016/02/the-space-time-continuum-where-do-you-get-your-ideas/